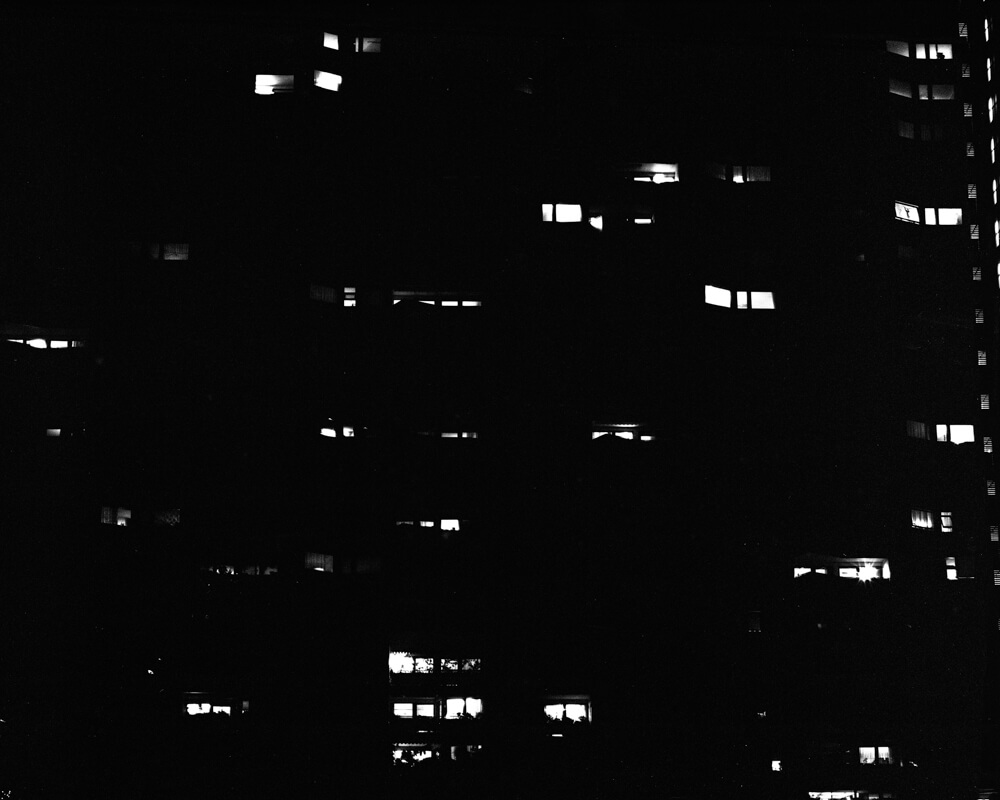 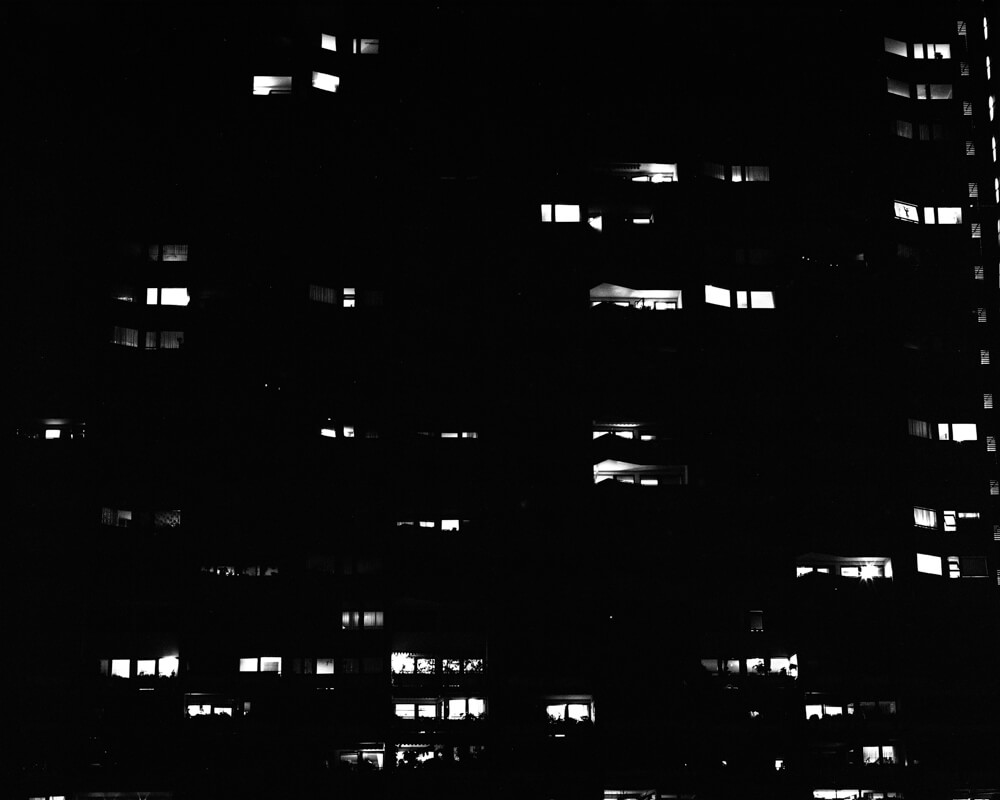 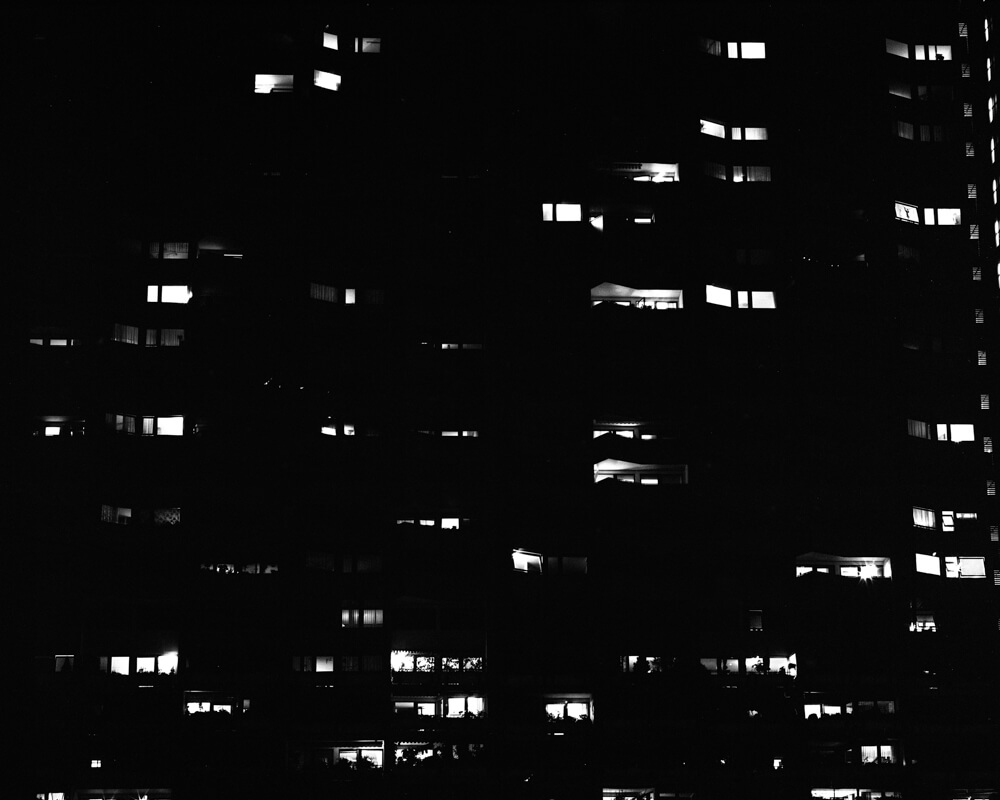 I press the release button to expose the film. The building disappears in the dark of the night, each window lights up on its own. Separated from the context, brought to- gether by the image frame. Just like the residents of the building, they have nothing to do with each other. If someone actuates the light switch, he subconsciously changes the overall picture. A small click triggers another overall image, which is just visible the moment it takes place. Only the direct comparison between the images makes the changes visible, which can’t be seen with pure observation. The image can be read as an abstract code, consisting of light and dark, on and off, one and zero. If you change a single small variable of a code, this can go completely unnoticed but have a strong impact on the result. As well, the arrangement of the bright windows on a black background is reminiscent of a contact sheet, in which each resident can expose one frame - the light switch becomes the shutter release.